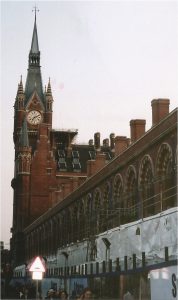 Last night I watched Mark Lawson interviewing David Chase, masterful creator of possibly my favourite TV programme ever, the stupendous, ‘The Sopranos’. Part of the beauty and cleverness of the writing for me is contained in the psychological study of each character presented to the viewer as a carefully wrought, beautifully painted portrait, warts and all. Chase talked about his childhood, his years in therapy, his parents and how his wife, Denise, had for years been urging him to create a character with the characteristics of his mother. He couldn’t find a way to develop this idea until he thought of The Sopranos and Tony S in particular – this hard, macho guy whose problems revolved around his grotesque mother. This portrait of Livia Soprano is apparently that of David Chase’s mother. People say after watching the show. ‘That’s just like my mother/auntie/granny.’ I thought that my mother was difficult, but not as bad as Livia. Until I visited her again today.

For the last six months, I have been visiting my mother twice a week. This is after a period of visiting once every three to four weeks over the last two and a half years due to my father’s failing health. Before that I probably visited three maybe four times a year, including Christmas. Like Chase, I am an only child.
Before, back in the mists of time when I lived with them, I never had what I could call a proper relationship with my mother. Speech was confined to orders and commands and her personality – controlling, angry, irritable, anxious and probably, though never diagnosed, depressed, made me as a young child (about nine) stop speaking virtually, as speech was something she took as a sign to seize and munch up for her grist mill. Speech is also a bid for power so it had to be quashed. Nothing pleased. Everything rankled, so I took myself metaphorically out of the situation. This is to say that we are not the best combination in the world, but now we are thrown together through various extreme circumstances. Eventually, I left my Midlands city for London where I still live.

Today, I was visiting having visited some thirty-six hours earlier (more on this later – re travelling when train tickets are cheap – certain days and times) to escort my mother on a hospital appointment. My mother has ‘probable Alzheimer’s’. In February 2006 my father died. Now she is dealing with grief, the loneliness of living alone for the first time ever, anxiety, all of the ingredients of her pre-existing personality together with the memory problems. This is quite a mix. It’s never really possible to know which of these factors is providing the responses one gets in any given situation.

So, today I travelled 100 miles by train, caught a bus to travel six miles to my mother’s house then to wait for transport to take us both to a hospital 14 miles away in the countryside. First, I bought roasted salmon, watercress and mayonnaise sandwiches for our lunch, plus goat’s cheese and sweet onion tartlets and an avocado for us both to eat for our ‘tea’ plus some Belgian chocolates for a kind neighbour who the day before had gone round to my mother’s to check she was okay after I’d been phoning on and off for about two hours with no success. She’d apparently been upstairs pottering, having a bath etc or so she said. It doesn’t do to press for information as she can become anxious when she realises that she has actually forgotten what she has/had been doing.

10.30 I arrived. I didn’t phone earlier, though I had reminded my Mother the night before that I would be coming and we’d go together to the hospital appointment. There is also a huge, felt-tip pen written sign I had made:

You are going to etc

There’s also a giant calendar where I fill in her appointments in red and blue felt tip. Partly I didn’t phone because she may not have remembered (even for half an hour) and partly I wanted her to wear an outfit I’d bought her to wear at the suggestion of the Staff Nurse who is administering ultra violet treatment to my mother’s back for a skin condition which is taking forever to budge. Staff Nurse X likes her patients to get into and out of their garments very quickly as she always suggests there is a queue of people waiting for uv treatment, though there never seems to be anyone in the waiting room. Anyway, in the spirit of cooperation, I bought a two-piece from Primark. The trousers you just pull on and the top is simply zipped. It is fawn and fairly featureless. Wearing this also means socks rather than tights (which my mother always insists on wearing underneath trousers and which are always difficult to get back into again after the treatment) can be worn so I’ve bought a pack of several pairs. I was foiled. My mother had remembered the appointment – not the details of the time of collection, but she was already dressed and waiting at the open front door. We talked about how the transport wouldn’t be coming for probably another two and a half hours, she started to argue saying that she’d written it down: that we would be collected from 8.45 onwards. This time in fact relates to another outing which takes place every week. This is written down on another calendar which she insists on using even although the spaces left for each day are so tight you can hardly write anything in the alloted area so it gets really messed up. It would be better/less confusing to use the giant calendar, but somehow this one just keeps on being used as well, adding to the general confusion. I suppose it has something to do with the glossy, colour photographs of country cottages and wayside inns in the surrounding countryside. 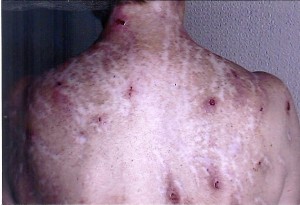 I braced myself and introduced the outfit suggesting that Staff Nurse X had suggested that something like this would be better and might mean she was more able to spend time helping my mother with her treatment rather than getting her dressed again. At first she wouldn’t play ball, but after a little cajoling, she tried on the jacket and loved it. The trousers were too long and she said she’d have to take them up because otherwise she’d trip. I said can’t you wear the new top, the beige trousers you were wearing when I arrived and socks instead of tights, as a sort of compromise solution.’ NO! I’ve never heard about having to wear different things. The things I’m wearing aren’t any more difficult to put on/take off than these’ – pointing to the new items.

There’s a lot of time to kill. The surgery, who have arranged transport say be ready two hours before the appointment (1.30). So far, this is the fourth session, transport has twice turned up late and once, early enough to reach the appointment on time. But never before about ten to one. We’re not talking. There are few jobs to be done as I was here thirty six hours earlier and the one thing I could do – go to the surgery to cash a prescription – I daren’t do as it would cut things really fine and sod’s law says that today would be the day when transport arrives at the earlier end of the two hour wait. So, my mother, irritated by the fact that she has got the pickup time wrong – and insists that it’s nothing to do with her – together with the problem with the outfit 9 Both of which indicate that she both hates to be ‘wrong’ and dislikes intensely, being as she sees it, told to do something ie wear an outfit that would facilitate her getting more attention and the SNurse being able to briskly move on to her next client) is bad-temperedly walking up and down the stairs, backwards and forwards in the living room, locking and unlocking two lots of back doors, going back upstairs to look out of the window to see if the transport, which won’t be coming for another two hours, is on its way. The ‘cottage’ calendar is referred to again and the time written there by her, 8.45. Finally, I say the time is wrong (this latter, is far too inflammatory a word and once again taps into the business of her not wanting to be told anything or perceiving everything as being done against her)and she snaps at me tells me I’m speaking to her in a bad way and that nobody asked me to come. I say I’m not playing that game. The poor me, leave me, as long as I have breath in my body etc.I know she doesn’t hear these words but she does what she always does, fills in the blanks and imagines my response says:’Are you always this bad-tempered when you are at home, or is it just me?’ (Don’t answer this one.) My body is starting to produce all sorts of chemicals. My heart is pounding and I’m having to say nothing. To respond is to end up screaming at her and I don’t know where this will end. |Tells me she doesn’t think she’s doing too badly for her age, she dos all her shopping (untree, I do this) her washing (true, she’s oibsessive about keeping bedlinen especially, clean) cooks herself a proper dinner (untrue, since I do the shopping I know that no cooking at all is being doneor has been for some time) does all the cleaning (mostly true with support from me and my partner). She says she eats well and has cereal with sugar and milk for breakfast (untrue). The business of eating needs tackling, I’m worried that she isn’t eating as well as she could. At the moment, after trying all sorts of prepared items, the most favoured currently are ready-made sandwiches, bananas – a great favourite, sometimes eaten twice a day with sugar and sometimes honey, milk, chocolates and sweets, biscuits, cakes, fruit yogurts and little desserts such as one which is called lemoncello. This is supplemented by two hot midday meals a week provided by the day hospital and day centre. On the two days a week I visit, we have a hot meal out on one occasion, sandwiches on the other and at the end of each day a sald of fish followed by fruit salad. To fill in the time I decide I’d better ring Age Concern and ask them about something I’ve heard about whereby they will provide for a fee, an escort to take people to hospital. However, after several wrong numbers, I’m finally told that what I want which is for someone to accompany my mother at the appointment itself so that someone can provide feedback to me, as M won’t remember all the details, is a request too far and is deemed to be asking for someone to take on too much responsibility. 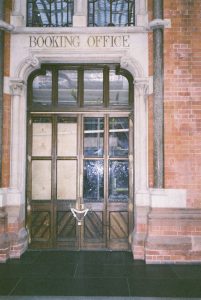 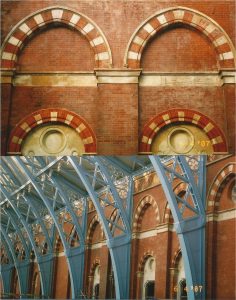