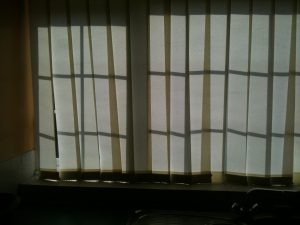 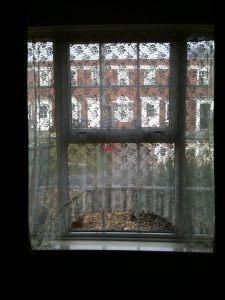 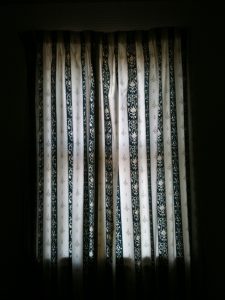 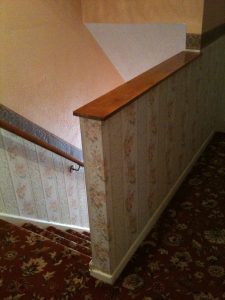 Before lockdown, we couldn’t imagine what it might be like to live a severely restricted life. In this play, constructed from the notes left in my Mother’s home, by home care workers and myself, we hear how a life was reduced to a series of elements. It is impossible to imagine how my Mother would have been able to live, had it not been for the lifelines provided by these caring individuals.

Contributions to Wavelength with William English on Resonance Radio

Programmes that I have made and which have appeared on Wavelength can be listened to by going to williamenglish.com choosing Wavelength then Yearly Archives followed by the particular year, date and title of the programme.

Sunday in the Park with George

DJ Hybridist aka Sandra Cross introduces a selection of tracks from Stephen Sondheim’s musical “Sunday in the Park with George” featuring the remarkable voice of Mandy Patinkin, (co-star of “Homeland”). The musical is based on the painting by Georges Seurat “Sunday on La Grande Jatte” (1884).

DJ Hybridist, aka Sandra Cross presents the first in a series on the lyricist and composer Stephen Sondheim. Starting with West Side Story, this week’s programme traces the beginnings of Sondheim’s career, the huge influence of two major figures: his mentor and surrogate father, Oscar Hammerstein 11 and Milton Babbitt, who taught him composition.

DJ Hybridist aka Sandra Cross presents the second of a series around Stephen Sondheim, this week focussing on the play Company. First seen on TV with the screening of the Donmar’s 1995 production directed by Sam Mendes and starring Adrian Lester as the lead character, Bobby, DJ was captivated by the final scene in which Lester dances like Gene Kelly and sings the life-affirming, ‘Being Alive’. This led back to the original 1970 Broadway cast recording and the film of this by the documentarian D.A. Pennebaker in which the iconic Elaine Stritch sings ‘Ladies who Lunch’ with biting scorn and contempt. This is set against the discovery of Pamela Myers who delivers a coruscating ‘Another 100 People’ a song describing the near impossibility of finding a mate in the metropolis. In his book ‘Finishing the Hat’ Sondheim describes how he came across this quote by Chekhov: ‘If you’re afraid of loneliness, don’t marry.’ ‘Luckily’, says Sondheim, ‘I didn’t come across that quote ’til long after Company had been produced. Chekhov said in seven words what it took George (Furth, the writer of the book Company) and me two years and two and a half hours to say less profoundly. If I’d read that sentence, I’m not sure we would have dared to write the show, and we might have been denied the exhilarating experience of what he said, for ourselves.’

Love is on the air

Friday 13th, pre-Valentine’s Day, Fund-Raising mix including Gertrude Stein, Boz Scaggs, Gil Scott-Heron and other tracks selected by Sandra Cross and myself. Repeated on Sunday at 9am as usual, the morning after the night before.

Our long time contributor and friend of 30 years; Captain Maurice Seddon (Royal Signals retired) died on Wednesday March 5th. Today’s programme starts with a brief exchange of memories with Sandra Cross followed by the original agenda for today’s programme: International Women’s Day (Saturday 8th March) featuring Pussy Riot and related tracks. A more extended tribute to Maurice will follow. Anyone wishing to attend his funeral (date yet to be decided) can contact me via the email address below.

Sandra Cross aka DJ Hybridist in the studio to present her sound work: Home Care.

Angel in the Dark

Artist Sandra Cross in conversation with Jonny Trunk about the MMs Bar Recordings: Making weekly rail trips between London and Leicester, Cross taped hundreds of buffet announcements, editing them into this 30-minute piece. Focusing on the small, usually unvarying list of fare generates a maddeningly mundane musicality. Seven minutes in, the unprecedented unavailability of hot drinks seems catastrophic. Different announcements, with vastly different emphasis and emotional resonances, can sound indefatigably enthusiastic about the Quavers/water combos, or audibly defeated. Marking the announcements as individual tracks might have offered infinite random variations, but it is fitting that we endure this album as the artist intended. (Stewart Lee review; Sunday Times Culture Section 17.07.11).

Recordings by Sandra Cross over one year (2006) as part of her ongoing project “What did you eat today?” The recordings were made on the train between Leicester and London, featuring announcements about the MM’s Bar (Midland Mainline refreshments bar).

The past is a foreign country they do things differently there. The opening lines in L P Hartley’s book The Go-Between resonate now that we are in lockdown as we struggle to recall how life used to be. Our memories now, more than ever, precious examples of the way we were and may never be again.

In Mind Travels, I read from postcards sent to me over a period of years by my parents. The holidays they took long gone mementos of their pleasure in the world sent from countries recently overwhelmed by the current plague.

Interspersed are recordings of people playing their favourite tunes on the pianos at St Pancras International accompanied by the hustle and bustle of travellers, train announcements to destinations such as Sheffield, Nottingham, Leicester, Corby and the City of Light, Paris. Reminders of the life now stationary.

With thanks to the St Pancras pianists and William English for producing this programme.

To listen to the programme, go to Resonance FM choose Programmes choose Wavelength click on Mixcloud choose Mind Travels 15 May 2020 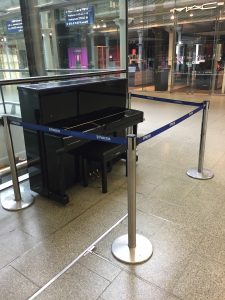 I was delighted to be included in this event. Here is a link to a section devoted to small pieces. My work is called Ex Post Facto a three minute collage taken from a work in progress of the same name which includes text, readings, images and sound: https://www.mixcloud.com/Resonance/rfm18-resonance-fms-18th-birthday-celebration/ 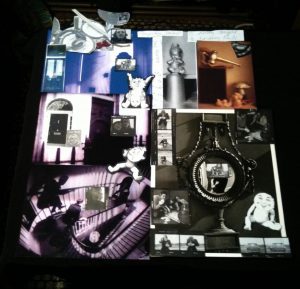 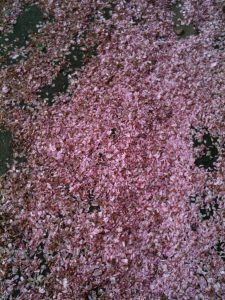 To listen to this programme please go to williamenglish.com choose Wavelength click on Archive choose 14 February 2020

What Did You Eat Today? Leicester Comedy Festival February 9 2020

How much do we reveal about ourselves when asked about food? A tragic-comic theatre of the absurd in which writer Sandra Cross and filmmaker William English screen three films featuring inventor Hugh de la Cruz, artist Bill Burns and Captain Maurice Seddon. 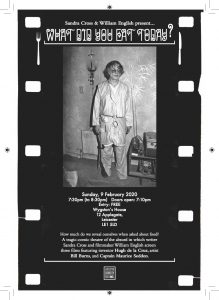 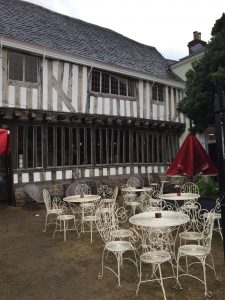 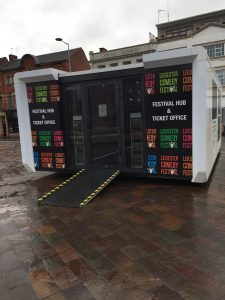 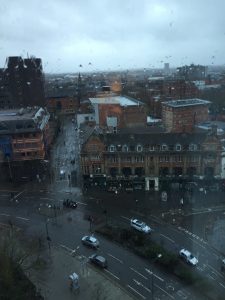 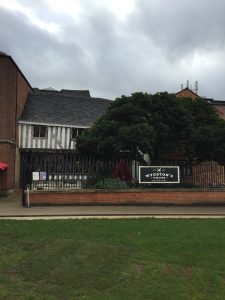 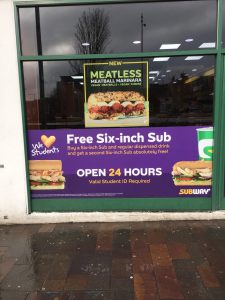 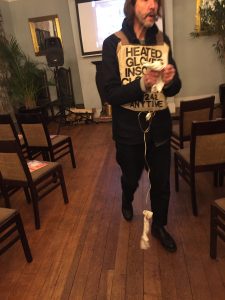 The British Library has one of the largest sound archives in the world, containing over 1 million discs, 185,000 tapes, and many other sound and video formats, including born-digital files.

Steve has worked for the British Library sound archive since 1994 and was lead curator of the recent free exhibition ‘Listen: 140 Years of Recorded Sound’, which ran from 6 October 2017 to 13 May 2018.

His department collects and makes accessible documentary recordings of literary readings, drama, live art and other non-musical performance in Britain, together with recordings of ancillary material such as interviews and discussions.

The Library also generates its own recordings, made on location or in the British Library studio.

To listen to this programme, please go to williamenglish.com choose Wavelength then Yearly Archives click on October 18 Steven Cleary and Sandra Cross