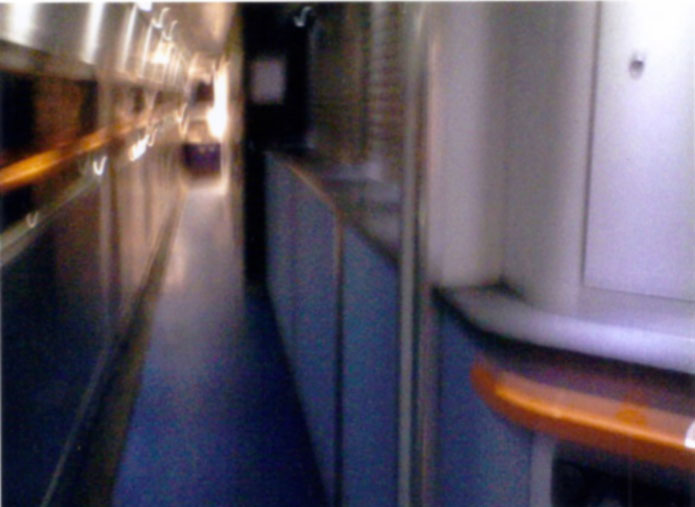 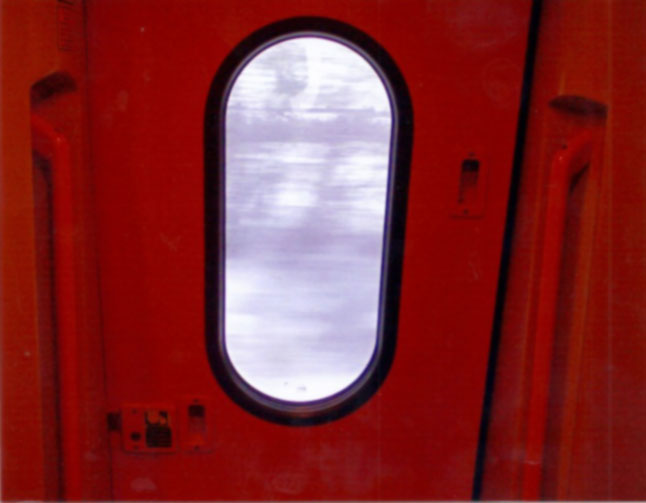 During a period when I was making sometimes twice weekly journeys from London to Leicester, I became fascinated by buffet car announcements, many of which I recorded during 2006-7.

Although the list of refreshments available were roughly the same on each journey, individual variations would occur and it was these that I listened for. The variant seemed to be a way in which a person expressed their difference in the same way that the tone or volume of their voice did.

Unseen, some workers sounded as though they were auditioning for another role in life. Some were a little retiring, others more forthright. The food became secondary.

The recordings were initially played by William English on his programme, ‘Wavelength’ on Resonance 104.4 FM. It was during a repeat of the programme that Jonny Trunk of Trunk Records heard these and felt he’d like to make a limited edition vinyl of the thirty minute recordings and so he did.
Thanks to William and Jonny for moving this project on.

The MMs Bar recordings were also included in ‘Gone with The Wind’ an exhibition curated by one of the instigators and producers of Resonance 104.4 FM, Ed Baxter at Raven Row Gallery London during June-July 2011.

The exhibition notes describe the show: ‘On the top floor of Raven Row, the ‘Resonance Open’ is a group installation, seeking to integrate the work of younger artists and that of their peers while expounding on the possibilities of cacophy, interruption and overload. It confronts the knotty problem of exhibiting sound art, by positively embracing interference and porosity.’ 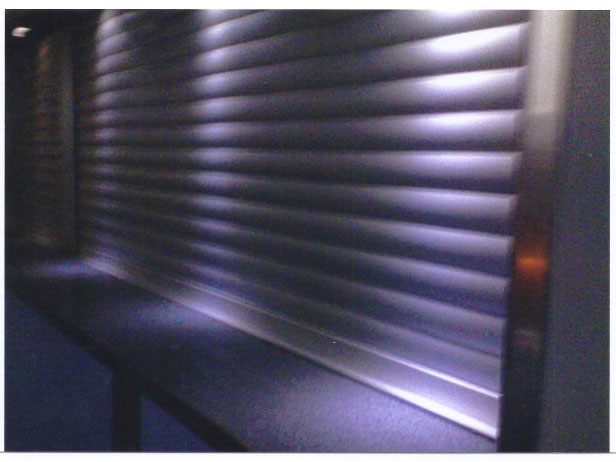 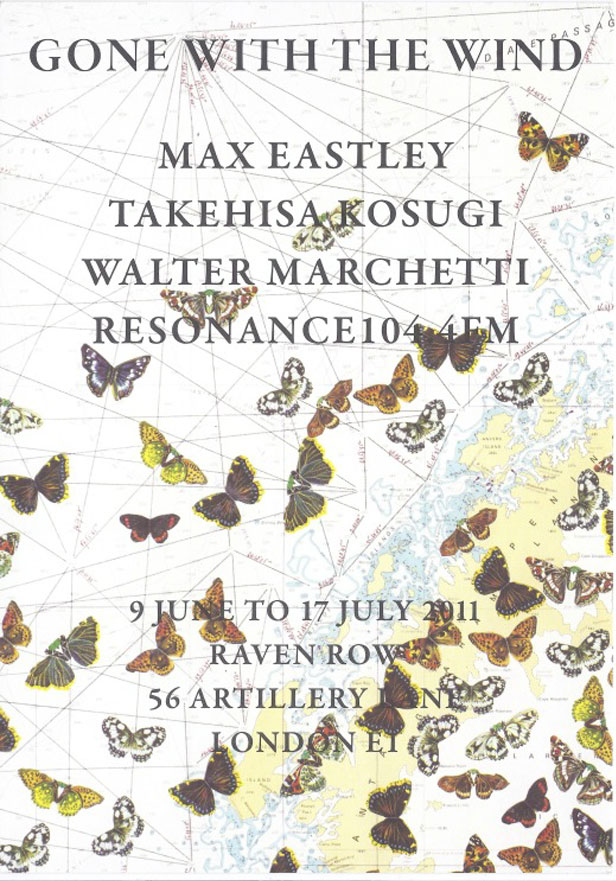 Invite to Raven Row show,
July 2011 curated by Ed Baxter for Resonance 104.4 FM in which the MMs Bar recording could be heard within a cacophony of other sounds. 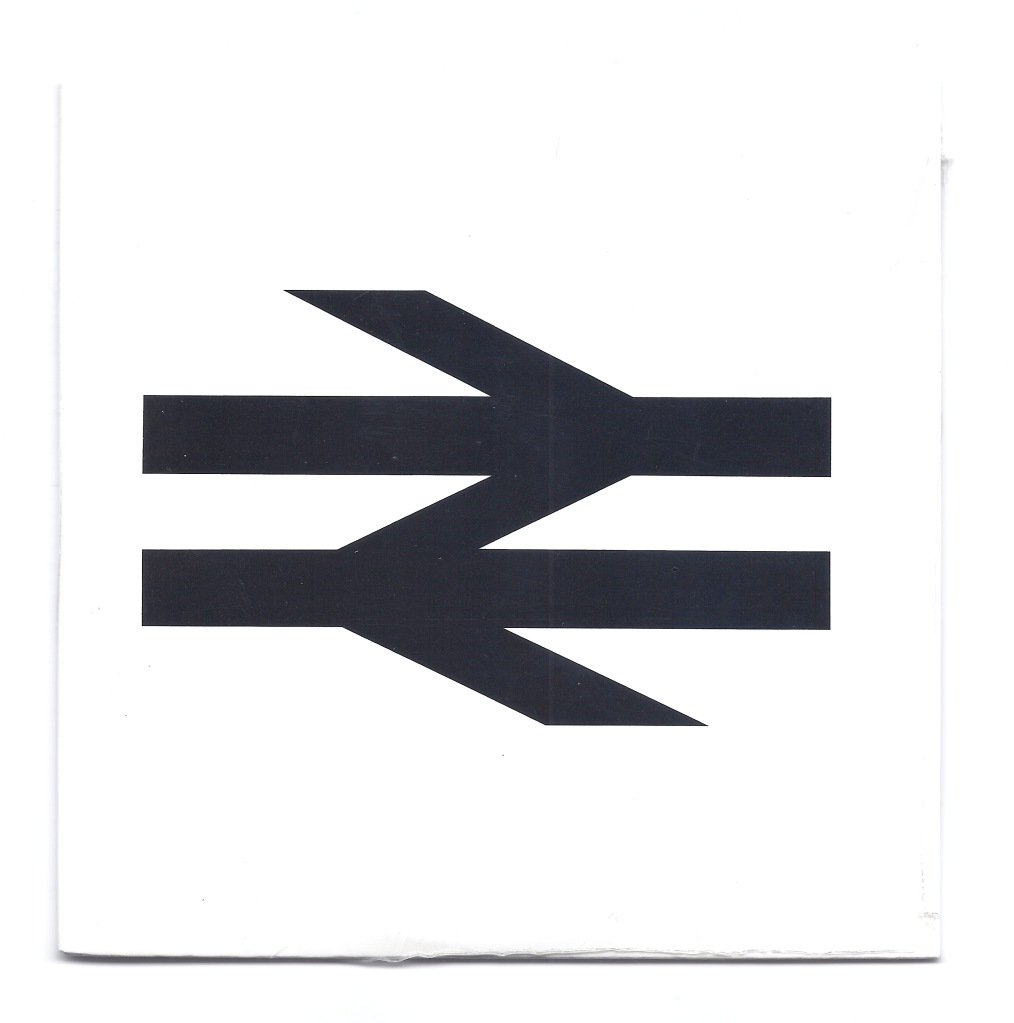 Reviews of the recording 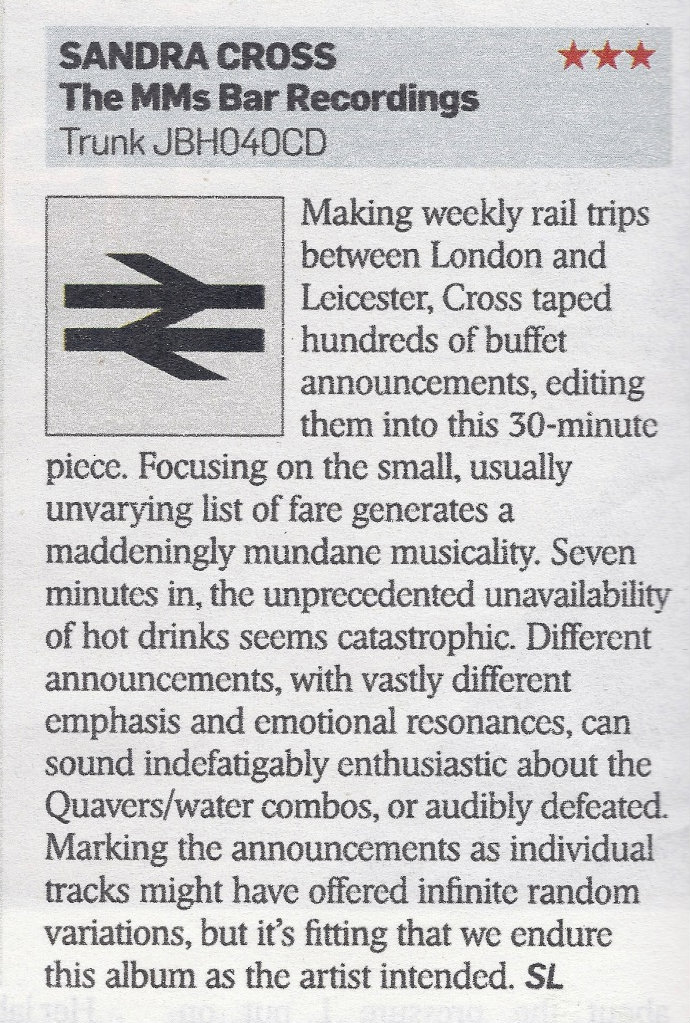 From ‘On Record’ reviewed by Stewart Lee, Culture The Sunday Times, 17.7.11

From ‘The Vinyl Countdown’ by Ian Harrison, Mojo, September 2011

Please join us to celebrate the last day of Gerry Smith’s exhibition A year of painting flowers with sound pieces by Sandra Cross, Julian Doyle and William English.

SANDRA CROSS – The MMs Bar
The MMs Bar recordings are part of an on-going project: ʻWhat Did You Eat Today?ʼ an enquiry into how we make choices about what to eat, how we navigate our way through the maelstrom of modern life via a blizzard of often conflicting information. Different lines of enquiry are explored. These include filmed portraits, audio taped interviews, sound poems, ephemeral visual and textual responses to the culture of food production and consumption. The subsections of the enquiry include: ʻThe Physiology of Tasteʼ Anagnostʼ & Take It Awayʼ, Mass Observation, Films, MMs Bar. In various ways and using different means, an attempt is made to explore what food might mean for the individual, particularly those whose experience often goes unrecorded – the unclassified or unclassifiable. The MMs Bar was preceded by written texts made during one particular train journey when I would record and mark the event and explore the twin themes of identity and eating, by noting what those who sat near me ate. I didn’t go looking for anyone; the requirements were only that they had to be close by and eating. I then speculated about what this activity told me about who I thought the individuals were or might be. There is a fictionalising going on as I was guessing and interpreting on the basis of my observation which isn’t free of subjectivity. I may also have used the occasion to be critical of the foods eaten which may tap into my perception of how cynical some manufactured foods are and how through certain exaggerated tastes – high salt, sugar, etc. large sections of the population have been lured into eating foods which seem to me to be virtual rather than actual, doing little to nourish, a lot to excite and increase desire, but which aren’t designed with the eater’s best interests at heart.
The MMs Bar (the name of the carriage where passengers were invited to make their purchases) recordings seemed to represent a microcosm of society in which some of the foods we eat were broadcast in all their fascinating glory. Very often, there were stuttering, pauses, uncertainty, mishaps in the broadcasts. It was never possible to know when the broadcast would begin and this added to the random nature of the recordings themselves. There’s a certain snatched quality about them which I feel gives the piece more authenticity.which is added to by the raw quality and unedited nature of the recordings. So, during a period when I was making sometimes twice weekly journeys from London to Leicester, I recorded these buffet car announcements, over the course of a year 2006-7. Although the list of refreshments available were roughly the same on each journey, individual variations would occur and it was these that I listened for. The variant seemed to be a way in which a person expressed their difference in the same way that the tone or volume of their voice did. Unseen, some workers sounded as though they were auditioning for another role in life. Some were a little retiring, others more forthright. The food became secondary. I think of the MMs Bar as expressing a part of who we Englanders are and I hope it represents something of the spirit of the early Mass Observers under the guidance of anthropologist Tom Harrisson, who switched his attention from other continents and peoples to document and study our native habits. The recordings were initially played by William English on his programme, ‘Wavelength’ on Resonance 104.4 FM. It was during a repeat of the programme that Jonny Trunk of Trunk Records heard these and felt he’d like to make a limited edition vinyl of the recordings and so he did.
www.sandracross.org

JULIAN DOYLE / FILTER FEEDER – Alpage
Filter Feeder is Julian Doyle’s music & sound project started in 2005 with the release of a CD album ‘Feeding Frenzy’ and has continued with several further CD and Vinyl releases. Along with numerous live performances these recordings have explored electronic sound, rhythmic improvisation and sound collage using both found sounds & field recordings often with a political or documentary slant. Alpage is anew work developed for this event and consists initially of field recordings made in the Haute Savoie & Jura regions of France. These recordings are progressively layered and manipulated in real time then used as both catalyst and component for a percussion & electronic sound improvisation. Julian Doyle, aka Filter Feeder, takes sound sources as diverse as raw waveforms, washing machines or the human voice and filters and layers them “until I have something that comes alive”. On Pleasure Cycle, the sounds are thin, reedy and microtonal, but the pendulum-like rhythmic loops Doyle sets up slowly became naggingly eerie. The track’s signature two-note pulse suggests some kind of siren being experienced through a hallucinogenic altered haze. Doyle has an intuitive and expressive touch with his microtonal explorations, however, always returning elliptically to warm overtones and lending an almost amniotic warmth to this fine track. Derek Walmsley in The Wire magazine

WILLIAM ENGLISH
‘I first met Captain Maurice Frank Henry Urquhart Necom Seddon (Royal Signals, retired) in 1979 when I was a motorcycle messenger. He was standing at the side of the road in Covent Garden, wearing a tabard advertising Heated Gloves, next to an oil soaked BSA which sprouted wires, heating up his lunch by the same method as his clothing. We were friends for the following decades until his death in 2014. When he left his home, Datchet Cottage, after fifty years, he left behind vast amounts of material including hundreds of cassette recordings of his phone calls. After he was taken into a care home the local council set about emptying his house and garden and the vast majority of the cassettes were strewn around on the floor gathering dust and destined for a skip. As executor of his will I was able to gather up as many of the audiocassettes as I could store which resulted in numerous broadcasts on Resonance104.4fm, London’s first radio arts station, and consequently the “Seddon Tapes” as they became known formed a 24 hour marathon which has been broadcast every Christmas for the last 3 years.
Tape 44 of the Seddon tapes, Captain Maurice Seddon speaks at lenght with what may be a hoaxer or an imbecile or an imbecilic hoaxer. Maurice placed an advert in a newspaper asking for a chest freezer to join the vast amount of chest freezers already in his garden. The freezers contain vintage food i.e. bags of food remnants frozen solid, way beyond their shell by date.
A caller responds, apparently based in Chester.
Most people would hang up after 5 minutes but Maurice continues for 30.’
www.williamenglish.com

And Finally: A Blooming Awful End