The Physiology of Taste

Men cleaning their hot dog stand before returning to pitch outside the British Museum. 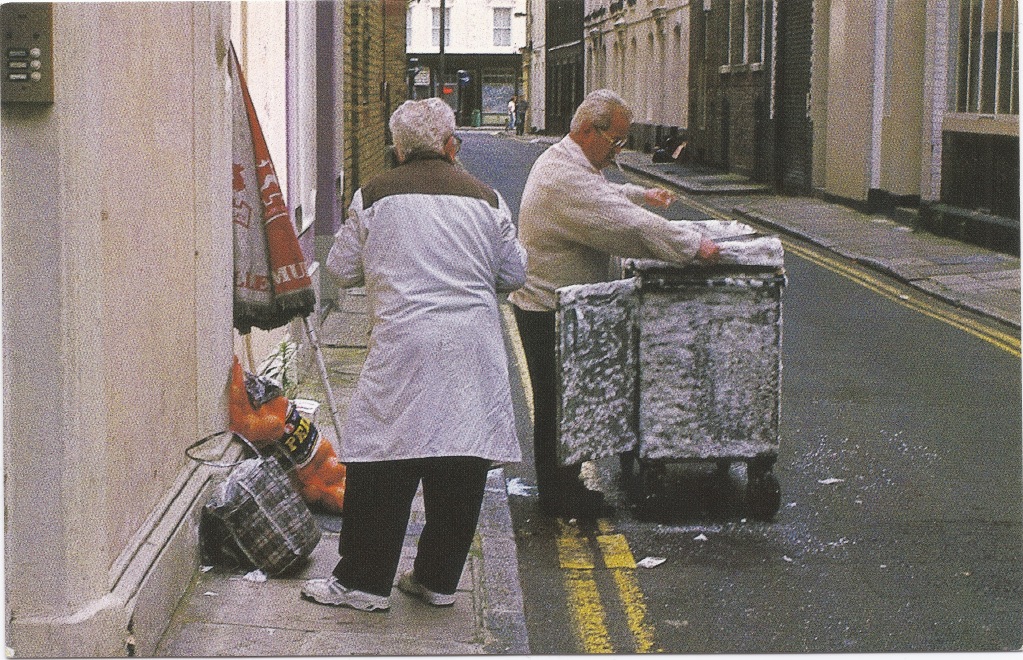 The Price of Culture

‘The Physiology of Taste’ (or, Transcendental Gastronomy) was written by Jean Anthelme Brillat-Savarin, a French philosopher, magistrate, politician and gastronome, in 1834.

In his essay, ‘Why There Has Been More Progress in Cooking Than In Sex’ (from: ‘An Intimate History of Humanity’) Theodore Zeldin cites Brillat-Savarin, predicting, in 1825, that sugar was destined to be the ‘universal flavouring’.

Zeldin suggests that sugar, which does not smell and which has the magical power to make almost anything superficially palatable, has indeed united the world’s taste more than anything else. 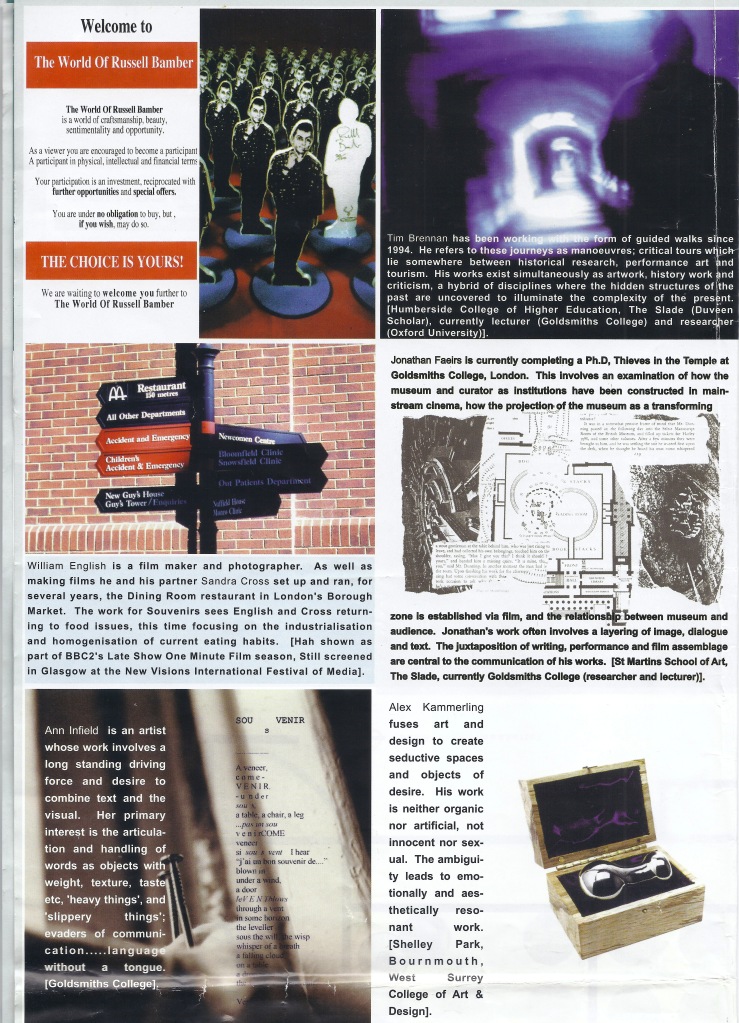 ‘… of all our senses, taste, such as Nature has created it, remains the one which, on the whole, gives us the maximum of delight.

From: ‘The Physiology of Taste’ 1825 Jean-Anthelme Brillat-Savarin 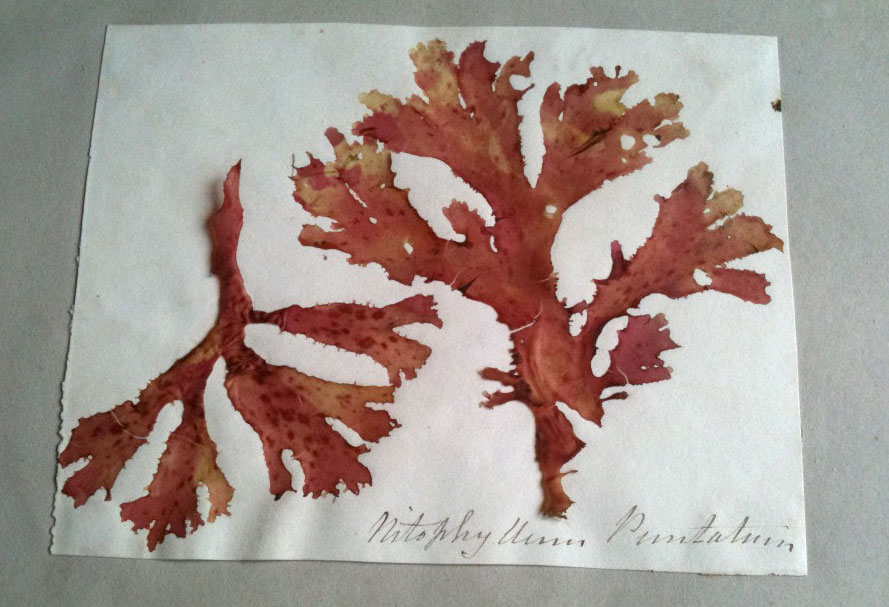 Souvenirs, an exhibition in which The Physiology of Taste appeared, was described by the curators thus: Souvenirs is a major international arts event taking place throughout the Museum Street area of Bloomsbury in London.

It involves a unique collaboration between a range of internationally acclaimed artists, writers, performers and poets; specifically commissioned new works will be sited in the region in places ranging from bookshops to local pubs, church and bank.

Through a personal and varied exploration of the Souvenirs theme, artists respond to each new environment with sensitivity and perceptiveness, addressing the nature and particular possibilities inherent in each location and embodying something of the vital character and life-force of the street.

In the merging of this special setting and the dynamic and innovative nature of the works, they explore a wealth of themes and traditions within painting, literature, architecture, collecting, travel and tourism.

Taking a transformative approach to previous histories, artists reinterpret these subjects using
contemporary art language, with an unsuspecting maze of sites and routes, emerging, direct and meandering throughout the neighbourhood.

Chance encounters on the street, celebrations of the transitory and ephemeral, making a purchase, sites of courting, consuming, eating and drinking – a network of recurring themes and histories are brought to the surface through a series of subtle environmental adjustments and responsive interventions.

The result is an arrested stage for negotiating issues of representation within international cultural tourism, journeys (mental and physical), traditions of consumption and leisure, which crystallise and communicate the vitality of the area.

Imaginative links are created involving people, places and histories, bridging and dissolving some of the artificial boundaries between art and life.

The site for the Physiology of Taste 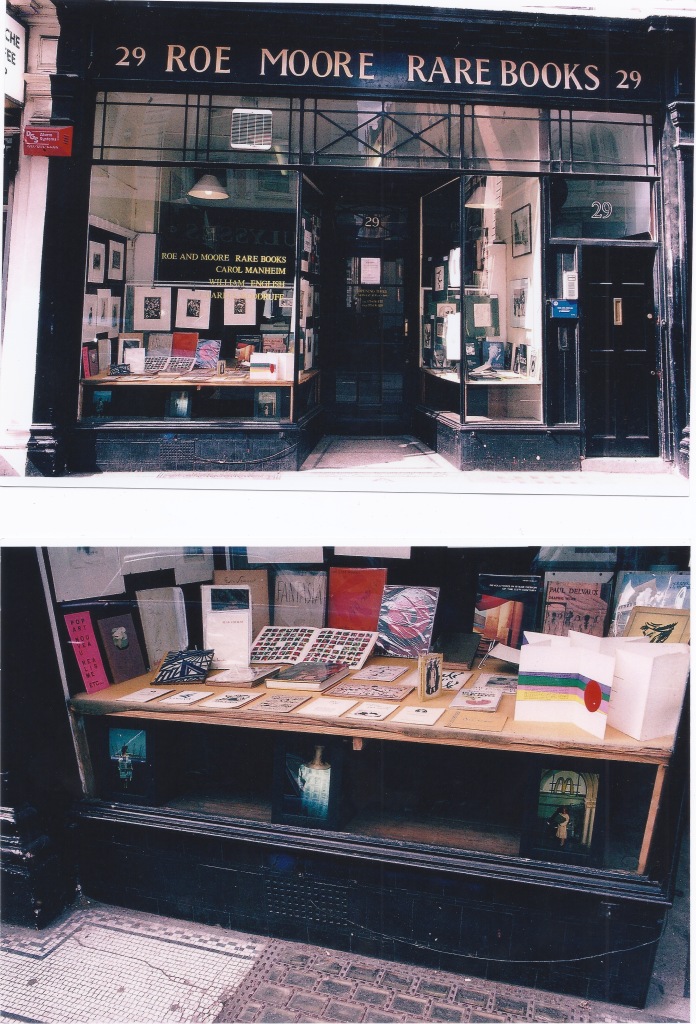 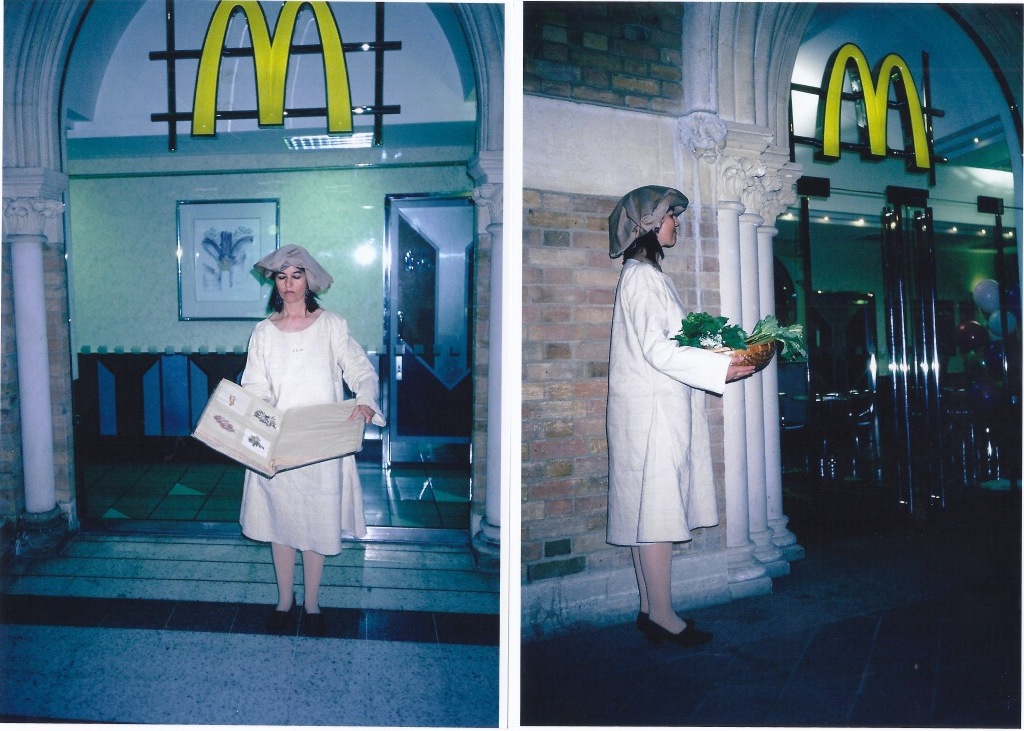 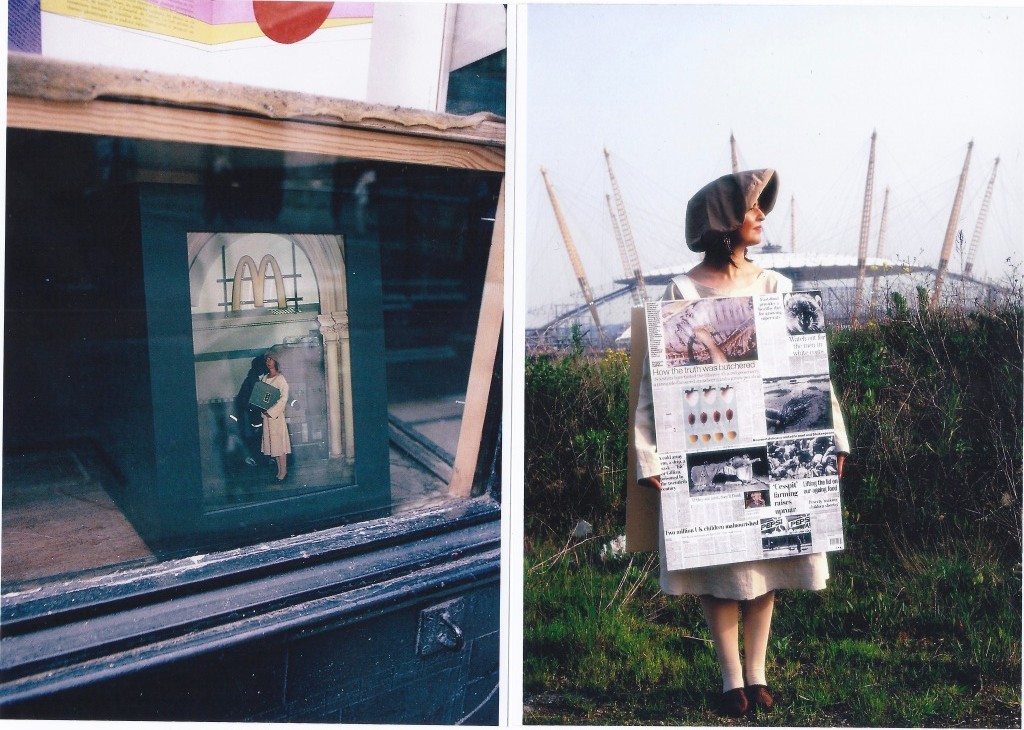 Close up of light box and Millennium

The Pleasures of the Table
‘The pleasure of eating is the actual and direct sensation of a need being satisfied.

The pleasures of the table are considered sensations born of the various circumstances of fact, things, and people accompanying the meal.

The pleasure of eating is common to ourselves and the animals, and depends on nothing but hunger and the means to satisfy it.

The pleasures of the table are peculiar to mankind, and depend on preliminary care over the preparation of the meal, the choice of the place, and the selection of the guests.

The pleasures of eating requires, if not hunger, then at least appetite; the pleasures of the table, more often than not, are independent the one from the other…

There are neither raptures, nor ecstasies, nor transports of bliss in the pleasure of the table, but they make up in duration what they lose in intensity, and are distinguished above all by the ability of inclining us towards all the other pleasures of life, or at least of consoling us of their loss.’

From: ‘The Physiology of Taste’ 1825 Jean-Anthelme Brillat-Savarin

‘The Price of Culture’ was included in Leicester’s Summer Art Trail, August 2015 at the Queen of Bradgate

Concept for all works: Sandra Cross. Images: William English, circa 1997